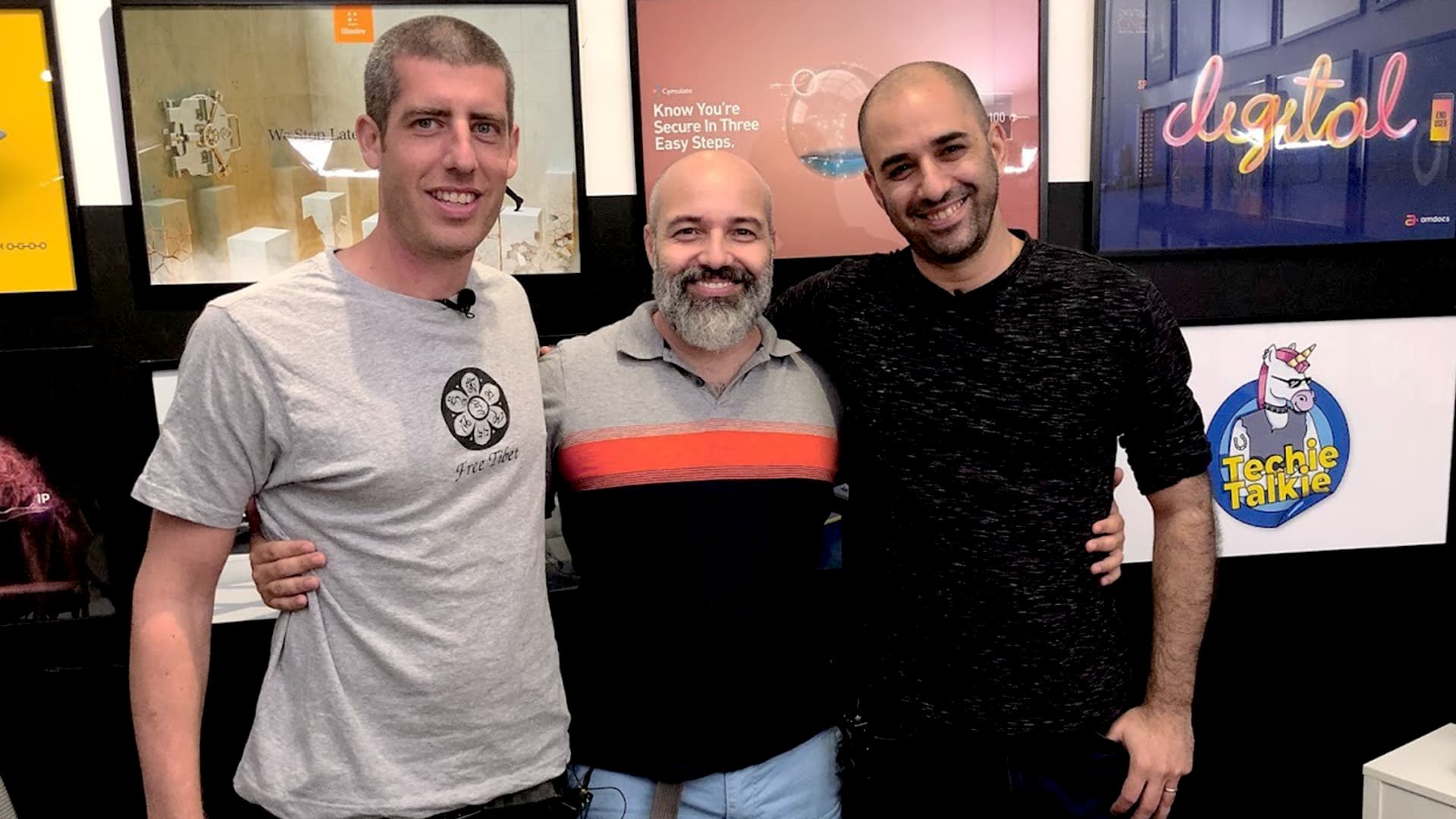 I started with computers at a very young age. I'm an entrepreneur deep inside my soul.

I've been starting startups even before it was a word.

And at some point, I started investing in startups.

Today, I am more of an investor than I am an entrepreneur. And everybody knows me because I opened a hummus place which became an institution.

Our secret sauce? We invest in people.

I know it sounds funny but we really do invest in people.

We always start with the assumption that we'll never change the administration, or the CEO, or the entrepreneurs. That means that we need to believe we're going with them all the way. And we're not only letting them manage it, we completely have their backs and we tell them, “What do you need us to help you with? We are going to help you with it.”

Successful startups, or startups on the verge of becoming successful, come to us and say they want us with them. We move very fast. We say we give an answer within a week, but it usually takes up to 48 hours. And if our answer is a positive one, it's all plain vanilla. It creates a reputation, it creates this situation that entrepreneurs with a good idea, or second-time entrepreneurs come to us. We're actually doing pre-emption--we take them before anyone sees them.

The one thing that characterizes the companies we invest in is an obsession over a good product. Churn is the enemy, it’s the KPI you need to fight against.

I know it sounds like something everybody's repeating over and over again. But the idea is, “We're not willing to accept churn.”

If you can create a product that you deliver to a customer--whether it's a user or a company--and no one leaves, or as few as possible leave, it's exponential. Then it grows in multiples.

The moment churn exceeds a certain percentage--and this percentage can sound reasonable to you, at say only 5-6 percent who leave--suddenly, you start to see how it accumulates. The more customers you get, those 5 percent become more and more, so even if you get new customers that year, but you lose percent from your base, you're no longer growing.

Churn is something you need to fight with the idea of, “How can this product be absolutely perfect?” And in our digital world, if the client is satisfied, you get multiplication.

The Customer Experience is Key

If you have a customer talking about their experience, I can guarantee you that the person hearing it about the experience is already signing, they aren't interested in hearing more.

They have heard so much already. They come with expectations, they come already wanting to enjoy the experience.

Marketing is something that gets customers to your doorstep.

But if you aren't able to make the customer very satisfied--and I'm not talking about just being satisfied, but being extremely satisfied--then you probably can't build a large business.

You can build a good business, but not a very large one.

Inject some marketing elements to produce these “Wow” moments, beyond the essence of the product itself, elements of fun. Like a celebration of different milestones you reached during your onboarding or during your use of the product--this creates something.

Reaching Metrics vs Creating a Brand

There's marketing that is really very metric. It says, “Okay, how do I publish on Facebook and bring in X number of downloads.” It's very performance based, you want to achieve something.

And there's marketing which is about creating some sort of insight, knowledge, brand.

It’s performance vs brand -- those are the two worlds.

The industry evolved here in Israel, with companies focusing on the first one more often. We had to invent the concept of customer acquisition cost in lifetime value, and how do you even measure that? And how do you measure it according to all kinds of dimensions and stuff like that? Back then, we really focused on the concept of how to get users for as little as possible and how to create enough money.

We invented the word monetization. I'm not taking credit because others invented it at the same time, but we talked about monetization before anyone else did.

But in truth, these are not usually the things that are fitting with most startups. It's very rare that it fits--it fits the companies that really want to sell something by E-commerce or if they're doing a campaign and they know how much money they spend and how much they need to make.

But most products don't need to think that way.

Most products should rather think about improving their product in such a way that there won't be any churn. If there’s no churn, it'll work by itself.

I think that's what's really important in the brand--then the brand and the product are much closer. That is, what are you doing and what are you not doing? What is the point? How would this person explain what you do to a third party? And this, by the way, is not advertising--it’s your brand.

Branding isn't what you'll say on television or what cool slogan you'll put on banners, that's not the branding. It's about what you are--and what you are not.

A lot of times the limitation is the advantage.

Forget FOMO, Focus on What You Are -- And Are Not

A company has to be very focused on what it's doing and what it's not doing.

Two years down the road, you may do other things as well, that's fine.

But the client, whether it's the user itself or a company, needs to be able to tag you in their mind as an expert in a certain category. You're doing this specific thing for me. Good, now every time I need this thing, I come to you.

A lot of companies say, “I'm doing this and also this and a bit of this too" because they don't want to miss out. It's a bit like FOMO, right? They don't want to miss anything and think, "What, they won't come to me?" No, they won't come to you, and that’s fine. "What, you're not going to provide this service too?" You need to be able to say “No, I won't.”

When you know who you are, and who you are not, and the moment you say, "That's me, and I'm sticking to it", you gain a lot. Perhaps you lose the ones who had something different in mind, but that's okay. That's what we encourage companies to do.

Explain What You do in One Sentence

You have to be able to explain in one sentence what you do, because your customers won't remember more than a sentence or two. And your sales people won't remember it if every person says something different. In the end, it's all a matter of messaging, it's not a matter of what to say and what not to say.

You can say everything, but the question is in which step you say it. It's something that has some kind of hierarchy.

So the first thing you say to someone--which is the most important thing because that's what he'll remember you for--needs to be one sentence. Feel free to say the other two things you wanted to say, but in a sales meeting, at number four or five--not at the very beginning.

Marketing is a utility, but it can't really solve the problem of PMF.

It’s sort of an amplification of the experience customers have.

Sean Ellis was the first one to quantify this highly amorphic definition of what product-market-fit really is. He says to ask your users: "How would you feel if this product disappeared?"

If you don't have 40 percent of users saying they'd be very disappointed, your value is not high enough to really break through and you don't have a product-market-fit. So that's where you should focus.

When companies didn't succeed, it was often because they tripped over the product-market-fit.

I mean, there just wasn't enough value for the customer over there.

On Giving Back (Startup Style)

On one hand we're living in a world where everything is digital and online, and there's great transparency--you can get a report for anything you want, including in your bank, with a push of a button. On the other hand, you're going to non-profit organizations, there's no transparency regarding where your money is going.

That's how Peer-To-Peer charity was born. It's a startup. We took all the things we know from the world of tech, the world of digital, from the online revolution, and applied them to charity.

I'm going back to the hummus story, I have to.

The moment you make a product where people understand its mission, and this product has a very easy mission to relate and connect to, so you’ll find a lot of people that want to support it--because suddenly, it's easily done. 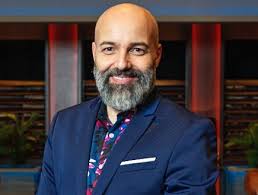 Oren Dobronsky is a serial entrepreneur and one of the most sought out investors in the Israeli tech scene. He is also the owner of Oren’s Hummus, the only “hummusia” in Silicon Valley and is the proud founder of the Israel-based charity, ClearGiving.