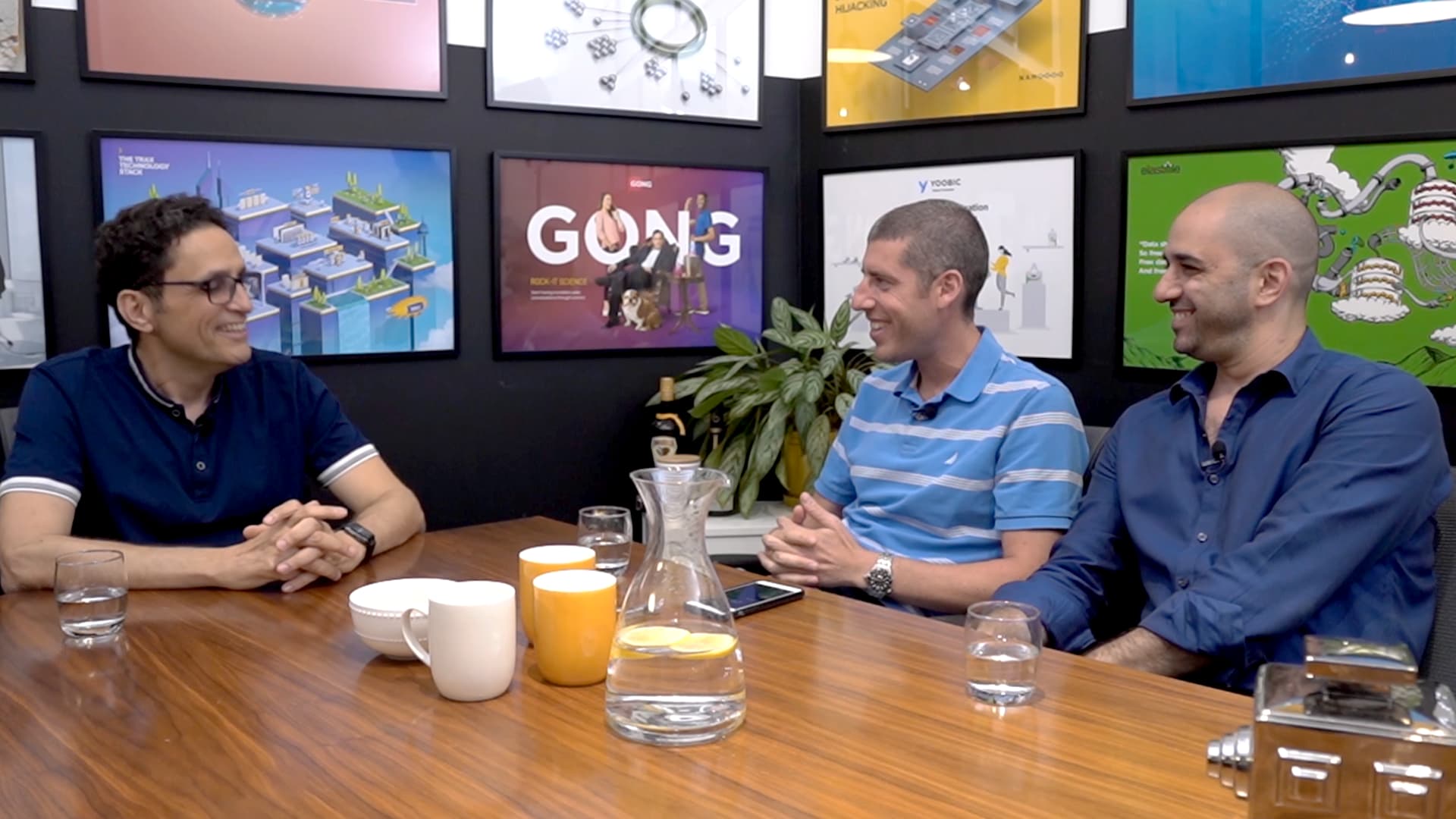 The Importance of the Story

What characterizes a good company is that they have a very clear story, which is some sort of a general tip in the tech world.

There's a book I highly recommend called “Back Of The Paper Napkin”. It's about how to write a story on a napkin in a coffee place, using illustrations.

I believe that in every company there has to be one key illustration that appears all the time, in every place, and it tells the combined story of your company.

We developed ours four years ago, and today, it's the same illustration. It didn't get more complex with time, but it did become prettier.

The back of the paper napkin means that I start drawing something, whether it's on a napkin or on a white board. I gradually add details and at the same time I keep broadening the picture you see, and because you see how it's made, you understand why it has to be the way it is. We try to do most of the marketing around this image.

The Beginning of How

It's easy when you have an extremely special story... I believe in a strategy called “The Beginning of the How”. Think about how marketing people communicate, they communicate through claims. They say, “We are the strongest, the most scalable, we’re awesome at this and that”.

When someone asks us “How”, I say, 'We do X,Y, and Z.” That's the beginning of our how--and obviously there are a million details there.

Then the question is “How do you do X,Y, and Z?”. And in the context of this claim, you have to have the beginning of the “how”.

And after this claim is answered, there are no remaining questions.

Let's say you're doing a presentation and you're trying to explain something. If you have 10 follow up questions, that means the topic isn't closed, it wasn't clear enough for the IT person, for the customer. And that's why they are asking 10 more questions, they are hoping to get more details that'll help them understand more.

Good marketing is marketing where the claim and beginning of the how are wrapped in this way that you are left with no unanswered questions.

Reaching that “how” has another advantage--you don't have to conceal what you're doing, you can talk openly about what you’re doing. Because the ability of our competitors to respond is limited, they'll have to rethink themselves, their DNA, and the basic way they do business.

In inbound marketing, a lot of effort is put into creating better SEO traction and creating mechanisms to enhance visibility and the ability to be in the same place as the leads. I understand and I accept that these are important abilities in the marketing world.

But at the basic level, the biggest asset of the marketer is something called architectural deposition, which means I can explain how my solution is architecturally and substantially different, in a way that if you agree that this is the correct architecture, automatically, all the competition is gone.

Not in the sense that you'll be the only ones in the market, but when the customer looks at it, they say, “This makes sense, this is the way I would've built it if I had to build it, the only question is if it works”.

Let's say you're coming to a buyer, you're selling them advanced trade protection. Everybody starts with mentioning the 2014 Target breach and explaining why it happened. Think about that--every vendor in this space tells the exact same story at the problem level because they are also trying to justify the threat space and what's happening in it. The buyer has already heard it, so they are playing on their phone, waiting for something they haven't heard before.

Ask yourself, “How much am I speaking about the problem? Am I utilizing the problem not only to create a consensus around the need for a solution, but also to connect the buyer to their own problem experience?”

If you show your buyer something in one slide and then four slides later, they already don't remember what you said, that’s a bad indication of the simplicity of your messaging. That's one tip.

If you're not relating with the problem, so maybe you're not the right person to be speaking to.

You have to respect the time and intelligence of the reader.

One of the big problems that happens if you don't respect them is that IT people will see straight through you. They are super skeptical and are swamped with baseless marketing claims. If there's one sentence which is not true, or isn't backed by the “beginning of the how”, you’ve lost them. They will stop engaging with you.

On the basic level, the moment that one sentence doesn't follow this flow, they say,  “Oh, marketing people wrote this, they don't understand” and that's where the story ends.

Almost every piece of content we build has a collection of specific claims and features, plus a tangible benefit. If you're only using bombastic claims with nothing to support them, it creates a problem.

A lot of companies take advantage of fluffing up content for easy reading. I believe more in what we call the analytical argument. I'll tell a story composed out of a collection of claims, some of which they agree with, some of which are perhaps intriguing, and at the end of the day they’ll have this element of proof…. creating this third party validation of sorts, which has nothing to do with my opinion.

Capturing Attention In a Crowded World

In every startup, it's really difficult to get the first 10 clients.

But then those 10 clients help in securing the next 40-50--and when you have 100 customers, it becomes even easier.

Mark Roberge, the first SVP of HubSpot, talks about building a tactical lead scoring model in his book, “The Sales Acceleration Formula''.

It enables you to sort leads in a way that is applicable to who they are and what they're doing. It allows the SDRs to find targets who are the most engaged.

We're focusing a lot now on Account Based Marketing (ABM), i.e., I have a list of people who are specific targets for me, and they work for organizations that are specific targets. I built this list, and now I want to target them, for example, using remarketing or tools that handle cookie data bases.

I mean, you can also show ads to people that didn't visit you. But with ABM, certain tools can actually monitor intent and recognize the activity of a person around certain subjects. ABM colors people with a very specific interest. It's a connection between an indication for a buying cycle and the target. 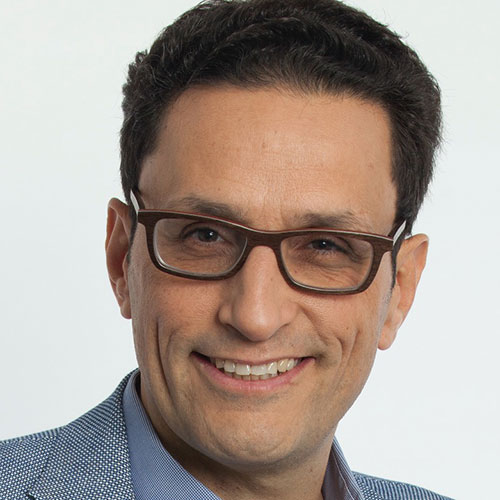 Yishay Yovel, Cato networks CMO is a veteran of the Israeli Cyber Security and Tech Marketing Scene. Passionate story creator and teller that educates and inspires buyers and sellers.