How To Build a Powerful Brandformance Machine Generating Millions Of Users 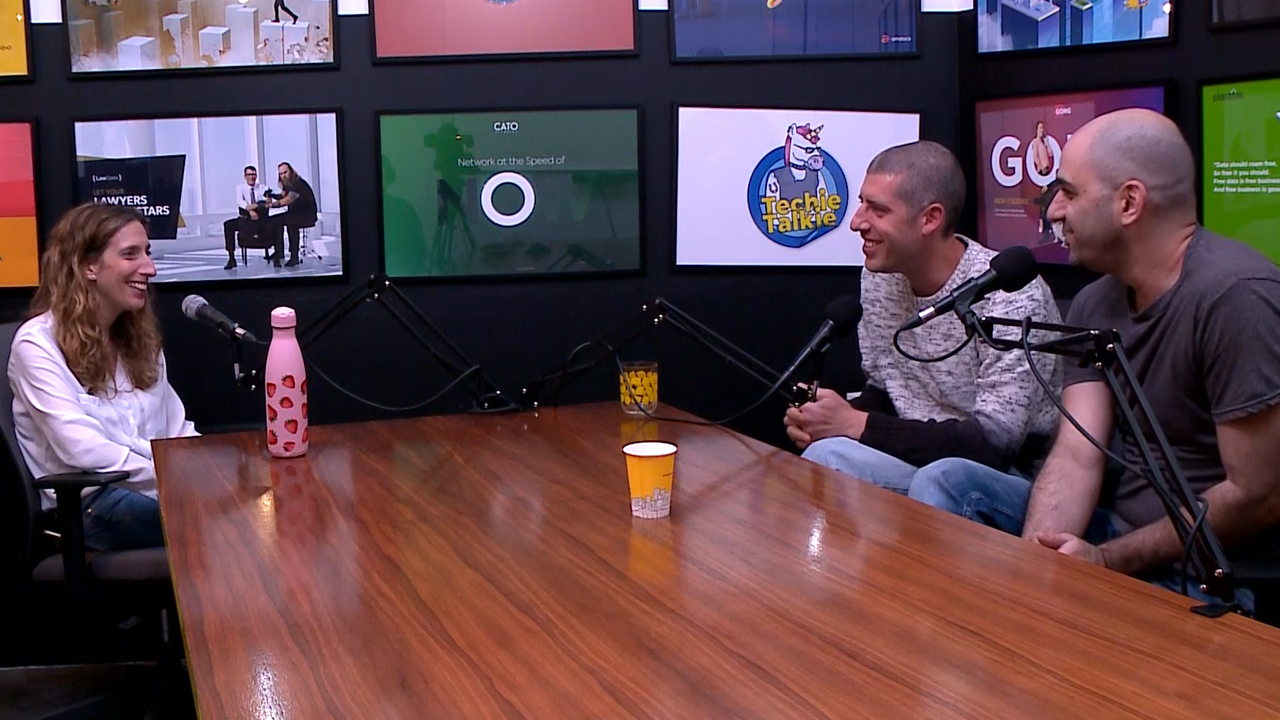 Add Meaning and Value With Your Product

I think a lot of JoyTunes’ success comes from product market fit, and the products themselves have actually provided the value.

What we're doing is really building something very meaningful which the scale and the success have proven that there's a real need for it.

It's not like with our apps that you'd play one song and only know how to play that song with those notes.

What we're doing is giving the ability to be able to actually really learn how to play and then translate that into real life.

Let Your Brand Identity Shine Through

One of the consumer tech brands that I love is ‘Calm’.

They started off with the Daily Calm first, and it was centered all around meditation, and then they evolved their offering for meeting the user throughout the day with different products, and the sleep stories that they did. Those voices are amazing, they'll send me to sleep in a second.

What I love about their marketing approach and their brand approach, is that they have two central premises - simplicity and being authentic, and you can see that all the way through everything that they do.

How to Build a ‘Brandformance’ Machine

So, for example, our creative campaigns are done with the goal of increasing scale performance, so all of the metrics that we’re looking at there are not to do with brand. They’re to do with the performance side of things, and this is what we’re tracking.

But our creatives, like our product and like our community, are a form of our branding, because it’s about the brand experience that you’re putting out there, and the connection to the audience that you’re creating.

So for me it’s mashed together, and at JoyTunes we lead by performance first, because it's a very data oriented company. And so that’s how I see the two merge together.

Recognize and Respond to the Experiences of Your Audience

Before Corona we had crazy growth, but it unearthed this desire that we knew, that people really want to be able to play. And so it had this ripple effect where everybody is home, they're in lockdown, they're looking for something meaningful to do during this time, and they want to add a new skill, and music learning boomed during this period.

Everyone turned to our apps and we saw accelerated growth.

We wanted to remove the barriers of anyone wanting to be able to play during this time, like what we're doing for music learning full stop: removing the barrier, democratizing music.

So we launched this 'Pay what you can' initiative, so that anyone could pay what they want, we'll donate the proceeds, and it made everything a lot more accessible in a really really difficult time.

Another thing is that we have a teaching tool called Piano Maestro, and the teachers were going through hell.

They were losing students, their businesses were going down and we wanted to relieve the financial burden, and so we just made the app free for them for an extended period, so that it would enable remote teaching.

So we created musical challenges where every week there would be a new song, it was called 'The Good Vibes Challenge', and now challenges are a staple in what we do.

We did live music Q&A with our musicians, for the community so that they can get more resources, we did musical performances obviously, because that's us. So we provided real value where it was needed, and these activities still continue today.

You're going to listen to your audience whether in the consumer world or in the business world.

Create your value proposition and extract your messaging from listening to your audience, and then apply everything around that to your marketing activities.

There's nothing revolutionary in it. What applies for consumer B2C will apply to B2B, if we're talking in marketing terms.

Let Your Users Speak to Each Other

Our Simply Piano community on Facebook has over 150,000 members. We started with the idea that fifty people giving us feedback would be meaningful.

But people started sharing their successes and their struggles, asking for advice, and when we introduced into the app the option to join the community, that’s when we saw a huge boost. After that, it just grew naturally.

I'd say what we're doing there is just literally the tip of the iceberg, there's a huge opportunity to evolve it.

Using an app can be lonely, and for ours, you need that interactive feedback, so it suited the product.

I think that you wouldn't want to create a community just for the sake of creating a community, you need a proper goal to begin with. For our product it's right, and for others it's not.

We’re known for doing different styles of productions. We had a major breakthrough after looking at the Simply Piano community on Facebook. We saw this mother was posting progress of her five-year-old son, and every week she would put a new post in the community.

This kid was a genius - we dubbed him 'The Wonder Kid' because he was progressing so amazingly.

So we thought,’Here we have a really cute kid, it's really authentic because this is the real footage of him that the mom is posting, and he's making really fast progress; if we put all of this and bundled it in a creative, what would happen?’

It still performs today. That ad has been viewed over 120 million times. The kid is now nine and he’s still progressing nicely. He plays by himself.

It's inspirational when you're watching people play, and for yourself when you're able to play that, getting that emotion out and extracting it, which is by the way really challenging, but when you manage to do it... This is real, it's as real as it gets, and that's what people want to see, and I think it doesn't just apply to consumer brands - it will apply to every industry.

Life is not a press release. We're humans talking to other humans, so put that inside everything that you're doing.

One thing we saw as we were scaling, was that the impact velocity is going to be damaged and we wanted to not be mediocre.

There is no marketing department [at JoyTunes], and we work in pods, in teams which are, if you think about it, are like small startups within startups.

Each team, each pod is laser focused, and within the team and the pod, you have everyone there that needs to get the stuff done.

The beauty of the pods, which was modeled from Netflix and Spotify, and then we added our own JoyTunes flavor, is that you got this multidiscipline. Everyone's in this together, everyone's working cross-functionally. You're having syncing from very different perspectives, which is also an added advantage.

So you have your pods and then you have the guilds that will supplement that. You have a marketer in each pod, but where's the alignment? Where's the knowledge sharing? Where's the training if it's needed? Where's the brainstorm of collectiveness there? That’s in the guild.

There's a lot of independence, like individual responsibility that each and everyone of us is contributing to the success of this amazing musical mission that we're doing, and everyone's responsible for it.

I would say that if you haven't adopted the agile methodology yet for marketing, then do it. It's not just for product or developers, it's amazing for marketing as well.

Go lean and mean to begin with, then put it out and see what's actually happening, is it performing, is it not performing? And only then, if it is, then you would go and optimize, double down, so on and so forth.

For example, we were testing how to reach a specific segment, and we first tested the message.

We did it so dirty, but the message was there and that was the important thing, and it was obviously online, so Facebook and Instagram and YouTube, and the message really brought in this audience.

It wasn't just about the message attracting the right audience, it was also about what happens late down the funnel: do they convert? Are they retained? What's happening here?

Use Google Trends to Inform your Marketing Strategy with ‘Trend-Jacking’

I like to put in certain search terms, keywords and trends, and see how they're performing or increasing or declining, and then from there I use it for what we call 'Trend-Jacking'.

For example, for the Bohemian Rhapsody movie, we saw that there was an increase in people searching for 'Learn Queen songs'.

We then created some really really cool creatives around it that still perform really well.

Learn From Your Mistakes, and Use Your Team

In my first startup experience, I joined in the middle of a crisis. We had to tell all of our users that we were parting ways with Skype, because our platform had an integration with Skype at the time.

And I was tasked with sending this email on day one, to over twelve million users.

There was an amazing buzz. I was ready to do whatever needed to be done. And I sent the email out and after it had reached two million users, one of them reached out and said “I think you meant to say, ‘Sorry for inconvenience’ and not ‘convenience’”.

The lesson I learnt from this, which I think is applicable for everyone, is to send your stuff for peer review. You can be so close to it, and you can live and breathe it, and you'll miss things, and that's only natural. 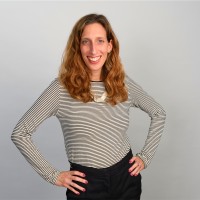 Nadia Hitman is the VP of Brand Marketing at JoyTunes, and has been at the forefront of their incredible growth over the last six years. She is a specialist in marketing strategy for high-growth startups and international consumer brands.