Why Sales & Marketing Need Each Other 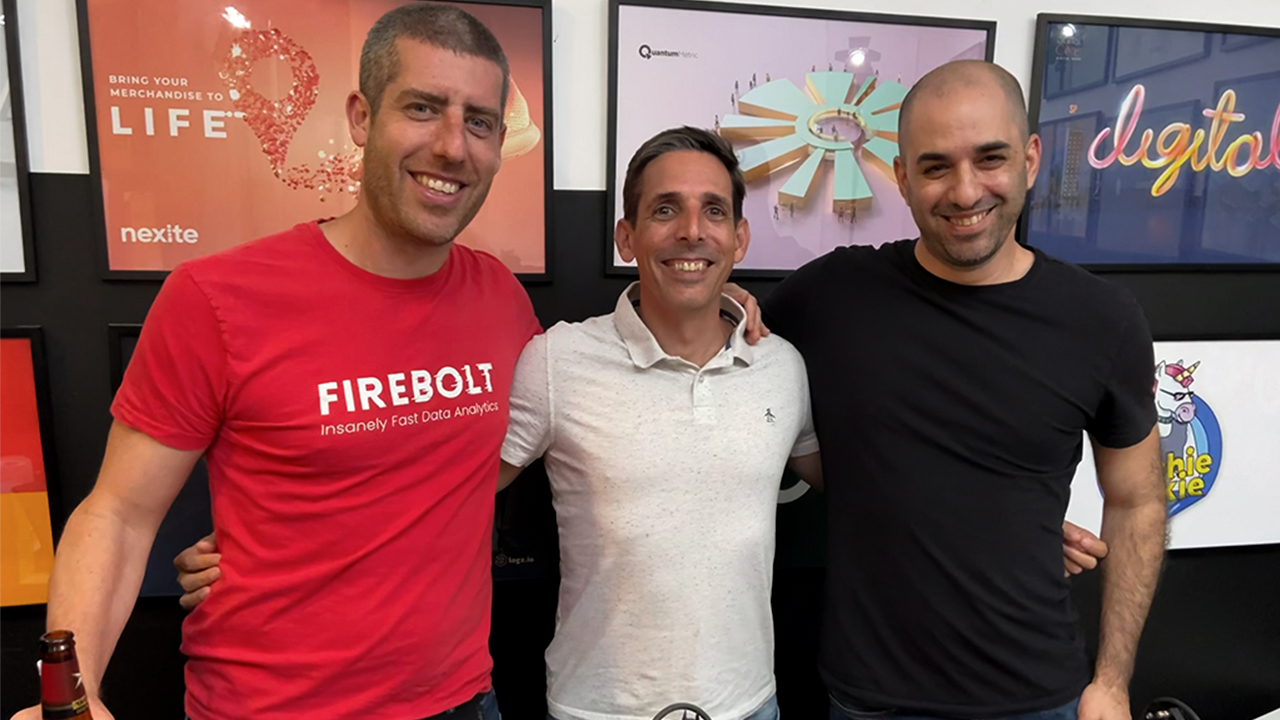 Sales tools can benefit marketers, too

Bizible, which is an attribution tool - has the best line of accuracy and simplicity that I've encountered, at least in the scale of companies that I'm working with. It shows you what really works, what's really creating opportunities and revenue.

My runner ups would have to be Gong and Chorus. These are basically sales tools, but I've noticed there isn't a conversation me or anyone from my team listens to, that doesn't help us marketing-wise. Whether it's something a prospect said about the competitors, or whether the sales rep said the right message.

From my experience, if I had to say the one thing that will make or break a CMO's term, it would have to be the relationship with sales.

When I look at the more successful periods, in all of them the relationship with my counterpart in the sales department was great. And when I look at periods of time that were more difficult, the sales aren't performing as strongly and don't meet the targets.

You know the famous board meetings where the CMO stands up and says 'Guys, we had an incredible quarter', we had a 30% increase in the MQL's, our website's traffic tripled, the number of LinkedIn followers we have is off the charts', and then he sits back down. Then comes the CRO and says...

We had an awful quarter, we got 60% of the target.

Therefore, the first thing I would recommend in order to create this kind of relationship is to find a way to measure the team. For a very long time now, my team's first and foremost objective is closed revenue. No leads, no opportunities, no pipeline, closed revenue.

Why? Because obviously that's the most important thing for sales. Opportunities and all that is nice, but we want to meet our goals. And if you want to create this alignment with sales, we should also be measured for it.

Now, when I say that in front of people on my team that don't know me well, there comes the question "Just a moment, but we don't control the revenue, we know how to control MQL's, perhaps opportunities, why should it be our objective if we can't control it?". And my answer is always divided into two parts.

In the first half of the answer, I say that creating alignment with sales is important, and that's at least the best way that I know. The second half of the answer is 'If you think that the sales department completely controls the time of which deals are being sealed, let me tell you something'.

The point is that what the revenue target creates for marketing, is involvement of the marketing team throughout the whole process. Because if your target will have a lot of opportunities, then you create this feeling of ‘Oh an opportunity was created, I've done my share

I mean, throughout the whole process you're thinking about how you can contribute to the sales. I think that if the SDR sits with marketing, it's not certain you even need MQL's, if the SDR sits with sales then I do think there's a need for MQL's. So definitely the measurements are not only revenues, they're also leading indicators. But revenue is the largest, and we keep asking ourselves all the time how to not only create deals, but also seal them.

Give Sales the Space to Speak

First of all, the work with the SDR's has to be tight. If they're sitting in the marketing department, it's easier, and if they're in the sales department, then you need to put in some more effort.

But then all the marketing people show up, and talk. Now, nobody talks in a conversation where there's more than five people, and we discovered that instead of having this conversation, we can just send a very nice email that has all the updates and information. By the way, there's a saying for sales people:

Repetition is education'. I think that for sales people in general that's true, you need to update them in five different ways, hoping it'll sink in after that. But all these update conversations are not effective, because usually nobody's saying anything.

Take a Walk in Their Shoes

There are all sorts of ways. So first of all, in the past, before we had tools like Gong, once a month or whenever it was possible, I would make my guys listen to a sales conversation. These days with tools like Gong you can be a fly on the wall, without begging some salesperson to add you.

I also highly recommend CMO's to be present when the deals are being made.

And up until today, I tell every new salesperson I meet the same thing.

It's important for me you know I was in your shoes and in this company, not in some other place, and these are the customers I closed a deal with personally, I know what you're going through

Today, I'm involved in deals, both because it's important and because I think that this connection with the client helps the sales person to do his job in a much better way.

Sales is a Numbers Game

Marketing is also becoming more of a numbers game as years go by, but still there are people that don't feel so comfortable using numbers. But when you're addressing sales, you have to know the numbers by heart. You have to know how many opportunities you've created, what's the conversion rate, who's missing a pipeline and who doesn't, it just looks completely different.

Before I go talk to salespeople, I open the dashboards to see if I completely understand numbers, and then I can pull out the numbers by heart and it looks very impressive, because just five minutes earlier I had a look.

Control the numbers, because sales is a numbers game, from the quota you have, through opportunities, conversions and so on.

And I almost don't go into MQL numbers, but only into opportunities. But the easy way is if you meet your target amount of opportunities, the discussion about MQL's is unnecessary.

In many cases, if the company's goals are not met, and the CRO says it's the marketing team's problem, then you'll have a problem as the CMO. But like in almost every problem you have in a relationship in your life, there are leading indicators for that as well.

Many companies that configure Salesforce have this sourcing system: inbound, outbound, channel etc... and it's mutually exclusive. And then there's this classic example -- we had this channel event and an opportunity was created, and so is it a channel or is it marketing? Because the channel people also have targets, and they also need to show results. That's why I configure the Salesforce in a way that doesn't create a conflict of interest.

So how is our Salesforce configured? We do have a sourcing system -- inbound, outbound, channel, sales ect. And there's a checkbox that's called marketing-sourced.

I'll give you an example. A salesperson asks the marketing team, 'Guys, I have something like 10 clients here, I want to take them to do some wine tasting', and we devote time and give a budget, but it's all the salesperson's connections, and you seal the deal. So, is it sales-sourced or marketing-sourced? Now I'm not arguing about that, it's sales-sourced, and you check the checkbox.

So first of all, I think that a right branding process involves representatives from all kinds of departments, and sales definitely has to have a voice at the table. By the way, it's not always easy to find the person in sales that cares about the branding. Many times they look at the branding process and say 'Okay, in the end...'. But many times there are people who care.

You need to find the person that adds value, and tell him 'Listen, you're the whole sales department now

The Dichotomy of Salespeople

There's more than one way to succeed as a salesperson. There are the salespeople that are just not as good, that concentrate mainly on the speed and feeds and features. And on the other side, there are salespeople that ask you “what's the story, tell me the story” ... and as the years go by I see more and more of them.

Don't be right, be smart

It's good advice for any relationship, and especially one such as sales and marketing. Pick your battles, and know that usually you're at a disadvantage, that it's not an equal dialogue.

Pick your battles, of course till a certain point. Sometimes it's better to swallow your pride a bit in order to improve the relationship with sales, and in the long run, it's better for you. 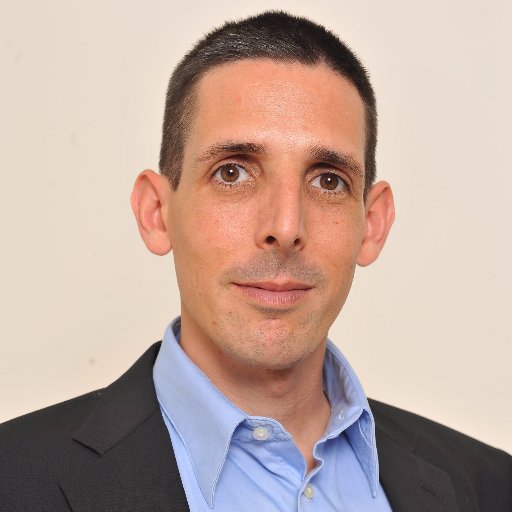 Nimmy has been working as a CMO for 20 years in companies such as AlgoSec and SanDisk, and today he's the CMO of Siemplify. In most cases he's joined companies in their early stages and turned them into monsters... and rumor has it that he also makes a mean margarita.