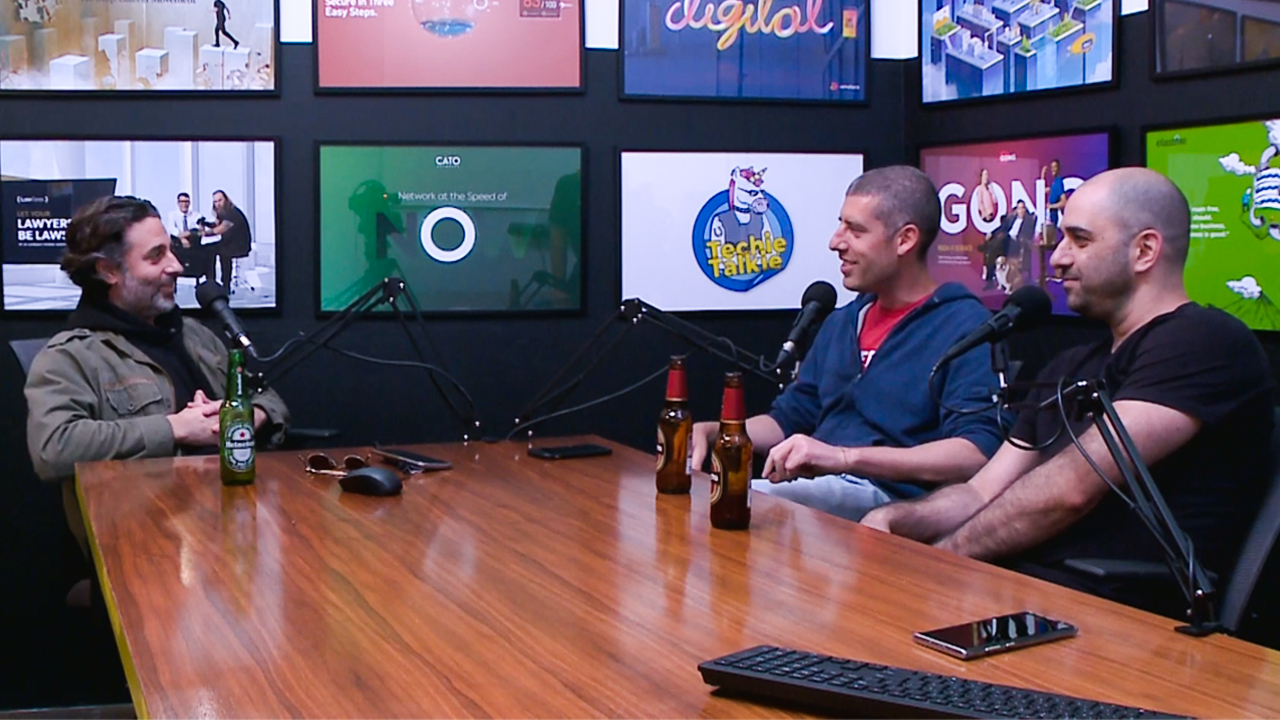 Three of my favourite brands right now are Maapilim, Honeybook, and Oatly. I love their focus on brand and story, which sets them apart from their competitors.

Oatly creates milk substitute and oatmeal. Aside from some incredible creative work, I appreciate the way they do things.

They replaced all their marketing managers with creative managers, and now they’re totally creatively-oriented.

They recognized that in a consumer’s world, the only thing that matters is telling a good story, going above and beyond in making sure people love your brand.

From the back of their milk carton, to their billboards, the entire language of their brand is creative.

I remember, during my time in advertising, that in around 2012 there appeared some big cracks in the advertising world. In the old days, the ad office was everything, and slowly things evolved, people grew smarter, and advertising was left behind.

I was discussing with some colleagues what the future of advertising would be and somebody said “the only relative advantage that we have is the creative. If we can become the most badass creative team in the world, nobody will be able to replace us.”

You can see it today with brands like Joy Tunes and Wix, they’re prioritizing creativity in-house before looking to external suppliers, and many times they’re hugely successful.

It’s difficult with creative projects, because you can’t be sure anything will work. Until a campaign is successful, there’s a lot of pressure you place on yourself as a marketer. It takes nerves of steel to go against the grain, to take big risks with your brand.

But the rewards are huge.

Your Brand is What Sets You Apart

It’s easy to think of brand as a major investment that equals a billboard on Times Square. People often don’t see it as one of their priorities when they’re starting out.

The reality is that you need to know your brand from the beginning, and adapt and update it as things inevitably change.

Your brand is what sets you apart from the competition. You don’t even need a direct competitor for a dissatisfied consumer to have an alternative that isn’t you.

That problem is exacerbated when you consider that you’re usually vying for attention as part of an endless stream of content and information. What makes you stand out is your story and your brand.

For example, Headspace decided to be the meditation brand for the everyday person. Whereas their competitors focused on creating traditionally appealing platforms for meditators, Headspace took it upon themselves to create content and guides for the person who only has five minutes on the bus, or one minute between meetings. All their education and their marketing reinforces this mission.

The original story you set out with is what will inform all of your decisions later on. It has nothing to do with copywriting, or specific campaigns. It’s about the core brand that you build from the outset.

Speak the language of your audience

I used to work with Shookit, an E-commerce company for fruit and vegetables in Israel. I was working almost as an outsourced CMO for a number of years, and helped build the brand and put together the marketing teams.

We were trying to differentiate ourselves as a brand that sold fruit and vegetables, but also offered a positive urban experience, suited to the consumer’s needs with fast delivery times, and so on.

At the time, one of the check marks for building a successful brand was how ‘Instragrammable’ it was. It was crazy and shallow, but it was interesting.

We tried a number of ideas. It took us a while before we came up with the winning strategy. Eventually we asked ourselves, “what would happen if we didn’t build a fruit and vegetable brand, because every tomato is the same, but instead built a lifestyle brand that sells fruit and vegetables?”

If all our competitors were retail brands, then we were a fashion brand. It took us to a very special direction. You can check Shookit’s Instagram. We placed a lot of emphasis on design and hired an art director.

We imagined how Diesel would look like if they were selling fruit and vegetables. The creative aspect led every one of our decisions.

We invested in photography days and set design. We had a few creative productions and that gave us plenty of material for instagram. We made sure that people viewed us as a cool and beautiful lifestyle brand. It was the total opposite of a fruit and vegetables company. It was one of my favourite projects.

Lemonade does a similar thing. I don’t believe you can force a brand on a company. Every business has its own DNA of entrepreneurs and creatives, and you need to work within the existing framework in order to tell the brand’s story authentically.

Lemonade already had someone with a strong design background, so that informed their strategy. They have a pink color scheme which already set them apart from other insurance companies, but they wanted to distinguish themselves even more, since people wouldn’t naturally follow an insurance brand on Instagram.

Their solution was to commission pink artwork and turn their Instagram page into a sort of art gallery. People would find the page and then associate the color and the art with Lemonade.

They had to do something creative, because they were an insurance company in the world of Instagram.

Audiences have become younger, and the platforms are changing with them. It’s TikTok today, but tomorrow it will be something else. We’re working with a  finance company, and one of the things we noticed was that there were kids talking finance on TikTok. This is your audience now, and you need to find a way to speak to them.

Adapt to the Trends

One of my favourite consumer demographics to look at today is a group called HENRYs, or ‘High Earners Not Rich Yet’. We’re talking about the people with very high incomes, but who don’t yet have a house in the Hamptons. They’re usually young, connected people with disposable income.

I find it interesting because the luxury and premium world has changed.

Back in the day, ‘luxury’ was synonymous with private yachts, cigars, and fine wines. Today, luxury items are cooler, more communicative.

There are E-commerce platforms that sell very expensive products, and the margins are huge. It’s a huge market, and they can sell things very easily. The internet is the biggest shopping mall in the world.

What’s happened is that e-commerce companies can source or create products that look great and communicate in a great language, offering prices that are fractions of what they would be in-store. First and foremost they’re selling values that resonate with their audiences. The products aren’t ingenious, they’re simply being marketed better for today’s consumer.

Adapt your creativity to your resources

I’ve failed plenty of times in my career.

When I had my own advertising company, we met with Avis Car Rental. I had prepared this idea involving a Texan figure with a thick accent. In the meeting, I gave an eight-minute monologue as Texan Avis.

I had assumed that even if people didn’t get it immediately, they would eventually, and the campaign would succeed.

In the end, nobody got it but me, and we didn’t get the project.

As I mentioned, it’s about working with the existing DNA of the company, and using that as your starting point.

As creatives, we often have ideas that we are convinced will be successful, but we can often be detached from all the other things we need in order for the project to work.

It took a while for me to realize it. There were many campaigns which I thought had brilliant ideas but which did nothing when we put them out in the world. It’s not enough to simply have a great idea and assume that it will succeed on its own. You need to consider if you have the budget and the resources to dedicate, otherwise it simply won’t happen.

The worlds of B2B and B2C are moving closer together

There’s definitely a difference between B2B and B2C marketing.

When I started helping startups, I was told that they didn’t do marketing, but prioritized growth hacking and things like that. I wanted to bring my world of business strategy to the table. Everybody told me that I should get into B2B marketing, where the products were often dry and needed someone like me to add color and creativity.

After a while, though, I realized I couldn’t connect with the mission that drives B2B marketing. You’re selling to organizations, having to work out the decision making tree, then identifying key players, reaching out and generating leads. For me, it seemed like a waste of time.

With B2C, you get immediate feedback on your campaigns. If something isn’t working, you can identify it almost instantly and move onto the next thing.

But the two worlds are getting closer to each other.

A brand like Headspace, for example, is an educational brand focused on enabling and guiding users through a meditation journey. They should absolutely be using things like webinars, ebooks and blogs, all tactics that would be employed by B2B companies.

At the same time, B2B companies can learn from B2C companies. B2C brands often have a much more intimate understanding of their audiences, since they’re more regularly reaching their end user directly. A brand like Nike can talk directly to its audience, and so places its marketing efforts at the centre of everything it does. At a B2B company, a huge part of the marketing team’s work is communications, working with the sales and BD teams and helping them meet their goals.

The line between B2B and B2C marketing is growing narrower, and the lessons and strategies you take from one can be adapted to the other. 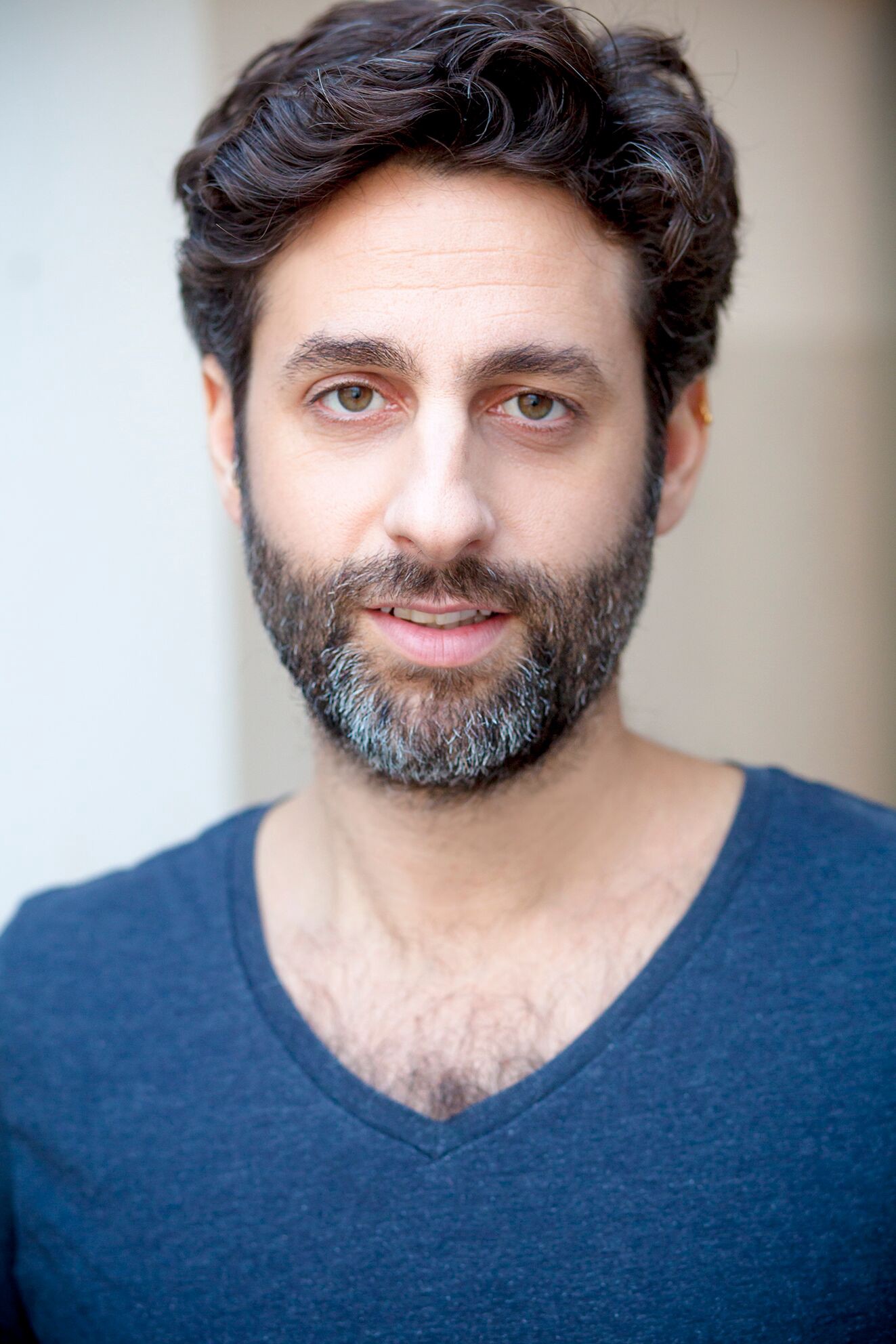